Need for Speed: The Run 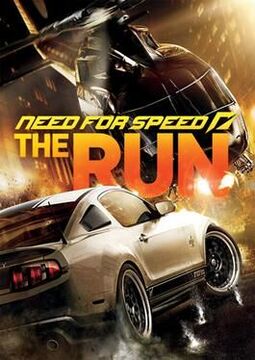 Need for Speed: The Run is a racing video game and the eighteenth title in the Need for Speed series. Published by Electronic Arts, it was released on November 15, 2011, with EA Black Box developed versions for PlayStation 3, Windows, Xbox 360, while Firebrand Games developed versions for the 3DS, and Wii. An iOS version was planned to be developed by EA Mobile, but it was eventually cancelled. The game focuses on point-to-point races involving overtaking opponents, defeating rivals, time attacks, and evading the efforts of both police and criminal gang members to stop them.

Unlike previous entries in the series, The Run features an extensive collection of races set against real-life locations, including the cities of New York, Chicago, Las Vegas, and San Francisco, and features a wide variety of real-life cars to drive in. The game's career mode sees players assume the role of street racer taking part in a large-scale race from San Francisco to New York and seeking to win it against various odds. While the game received extensive marketing and heavy promotion from its developers, it received mixed reviews from critics following its release.