The Incredibles: Rise of the Underminer (video game) 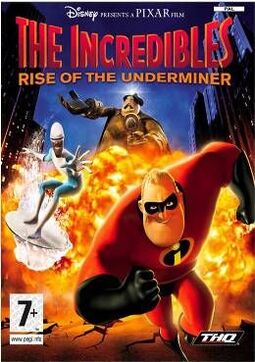 The Incredibles: Rise of the Underminer is a 2005 action-adventure video game which serves as an alternative sequel to the animated film The Incredibles (2004) as well as its associated video game tie in. It features Mr. Incredible and Frozone fighting The Underminer's legion of robot minions. The game features cameo appearances by the rest of the Incredibles, though they are not playable characters and don't talk in the game as well. John Ratzenberger reprises his role of the Underminer in the video game, while Craig T. Nelson and Samuel L. Jackson are replaced by Richard McGonagle and Isaac C. Singleton Jr. as Mr. Incredible and Frozone, respectively.

Following the release of Incredibles 2 (2018), the plot of this video game is rendered non-canon.